Out of the blue one day, a lady phoned on the advice of someone who recommended a hand embroider. She was looking for someone to add a few names on a Circa 1920s christening gown slip. At the time, my father was quite ill so I told her I would be glad to do it on condition she wasn’t in a big hurry. I never dreamed it would take almost a full year to complete. Well, not exactly.

My client, Lisa arrived at my home the very next day and when she removed the slip from its plastic bag, I was astonished. I have embroidered many, many christening gown slips with birth names and dates but I’ve never before seen one with so many names. This slip was incredible!

It was well made and excellently designed, which is sort of a rarity as christening gown slips go. Most often they are quite simple with a single row of gathered lace along the neckline and hem or even devoid of lace completely. This one actually had lace shaping and lace edging and was in rather good shape for its age. I subconsciously dated it as Circa 1920. It was spanking clean so I knew immediately it was well taken care of. But the most stunning aspect of the slip was the amount of names embroidered upon it.

There were 12 names in all. Baby girls were stitched in cursive lettering and baby boys in block letters. The year was carefully added to each name.

Trailing stitch is a couched thread stitch containing one or more core strands laid on top of the fabric, and satin stitched in place with one single strand of floss.

The oldest name was from the year 1919, confirming my estimation of age. There was even a little crown embroidered next to one baby named “Rex.” Each name was hand stitched in trailing stitch
except for one, which was done by machine. Lisa told me she had an elderly woman in old town New Orleans who was adding names through the years and suddenly she was gone. Then the next name was done by machine due to the lack of finding a suitable replacement embroiderer.

When Lisa turned the slip over to me, I was to add two additional names. There was only room for one more name in the center column of the slip, all from the 20th Century. The remaining name from the current century would be placed first in a new column, beginning a new era of babies being christened in this same slip.

The gown was quite fragile so I was a bit hesitant to use an embroidery hoop and didn’t know how I would proceed. After careful consideration, I decided to fuse water soluble stabilizer to the wrong side of the slip in the stitching area. That worked out great and I managed to complete the name without damaging the slip. The second name was a bit trickier. Because it was so high on the front of the bodice, I had to take special care not to risk damage to the garment. I used the same stabilizer but I was forced to hoop around the neckline and armhole which denied the ability of properly hooping. I gingerly applied the hoop loosely and began the task at hand. Taking extraordinary precautions didn’t preclude damage and a tiny tear resulted next to one of the embroidered names. Thankfully, I was able to repair it sufficiently. 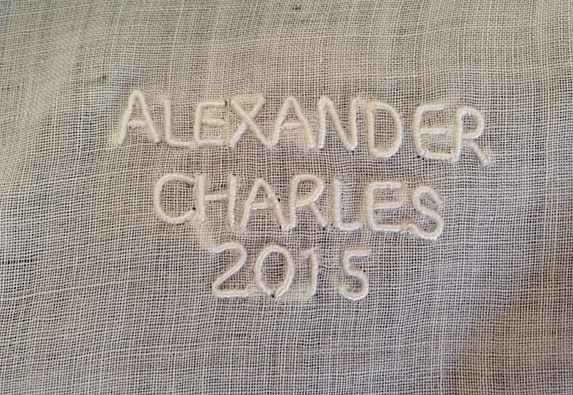 In all, it took about a week to stitch and about 4 months to complete. Then, I had a terrible problem. I had misplaced my client’s contact information. Because of the confusion of caring for my father, and being naturally disorganized, I was mystified as to its whereabouts. I checked all my phones for caller ID but to no avail. It had been too long. I did a search on the internet but that didn’t work either. Dubret is such a common name in New Orleans that I couldn’t find a listing. I went to my office and searched high and low for the piece of paper containing the information and nearly ransacking my desk in the process. No luck there either; it was hopelessly lost in the “Wendy Triangle.” I simply had to wait until my client contacted me. So I waited and waited and fretted and fretted. I was beginning to believe my client had forgotten about the slip but about 6 months later, she finally called and quietly asked if I had finished the job. I was never so relieved to hear from anyone in my life. She told me she just thought I was taking my time and she didn’t want to disturb me. Thank goodness! 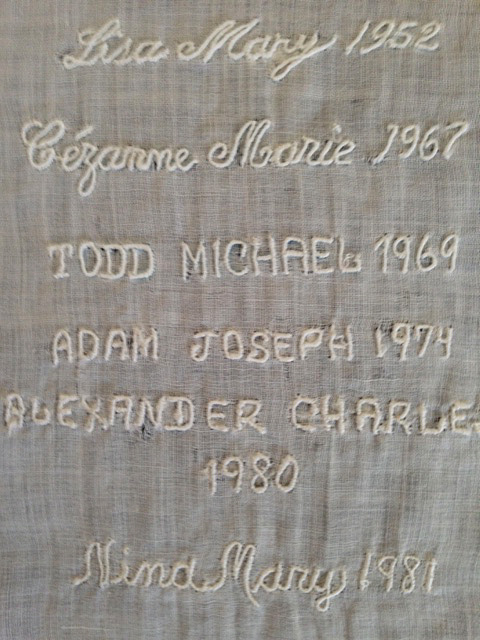 She was pleased with the work I had done, and then I suggested more work would be necessary to reinforce the delicate garment. She said she would plan to carry out my recommendation next time a baby was to be christened. I’m still waiting. 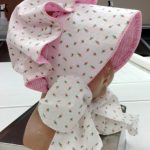 Wendy Poché Schoen is an internationally known embroidery and pattern designer, educator, and author whose designs are regularly featured in Sew Beautiful Magazine. Through her company, Wendy Schoen Design, Wendy has published five books on the subject of fine embroidery and sewing. She has published over 30 patterns marketed under the name, Petite Poche, of which she is the owner and countless embroidery designs and kits. 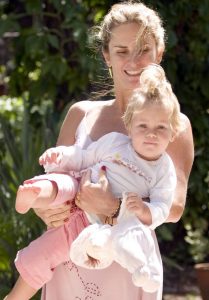 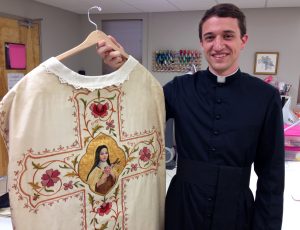 Recovery of an Antique Vestment